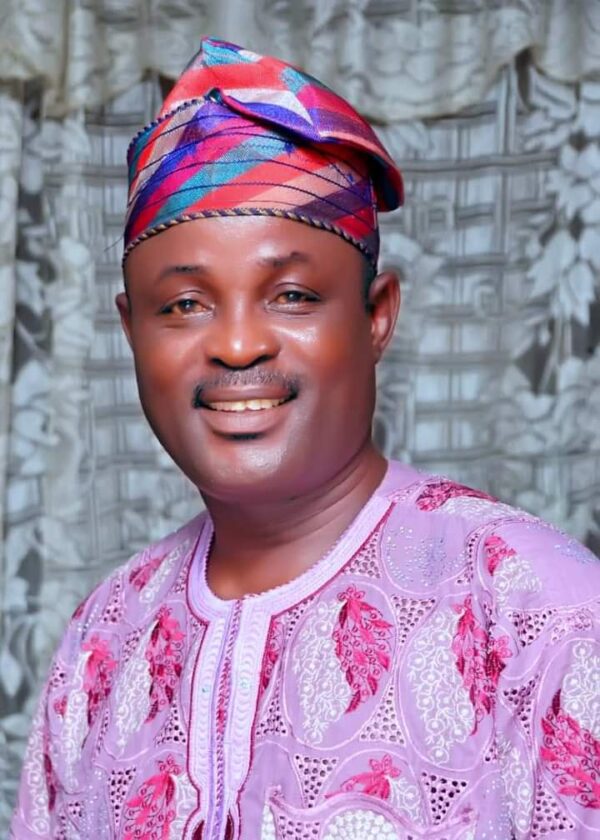 Members of the Colleges of Education Academic Staff Staff Union (COEASU), Emmanuel Alayande College of Education, Oyo Branch has elected a new crop of executives. The election, held on Wednesday, May 11, 2022 and anchored by the Olufemi Adepoju-led-election Committee produced Comrade Michael Bamidele Ojo popularly known as MOB as the new COEASU Chairman.

In his address at the swearing-in ceremony, the College Provost, Dr. Rasak Adetunji Adefabi congratulated the newly elected officers of COEASU on their victory at the poll. He specially appreciated former Chairman, Comrade Olusegun Oyewumi and his Executive Committee for standing by his administration in moving the College to greater heights. According to the former COEASU Vice Chairman, “As a founding member of COEASU and a Vice Chairman for seven (7) consecutive years, I am delighted to be part of the progress recorded so far. I appreciate the Olusegun Oyewumi-led-exco for upholding the truth which our union is known for. However, permit me to clear the air at this event on the extension saga. It must be registered that Rasak Adetunji Adefabi never at anytime lobbied for any extension in office as the Provost. I have served the College for eight (8) good years and when your principal sees anything good in your performances, it is your duty to leave any new decision to him”. “Let me state unequivocally that it is not my duty to reject any offer made at anytime by the Government of the State. Therefore, it is a win-win situation for us all. I thank all members of the College community particularly my College Management team for the support I enjoyed during my eight years in office. I call on you all to extend such support to the incoming Acting Provost, Dr. Nelson Aderemi Oyewo who is more than capable to paddle the affairs of the College”, he submitted.

Giving his valedictory speech, the former Chairman, Comrade Olusegun Oyewumi thanked God for the grace and support he enjoyed so far as the Chairman, COEASU, EACOED Branch. According to him, “I thank God for the journey so far. I appreciate every member of the union for the unwavering support given to my leadership. It has not been me but ‘us’. My journey started first as Acting Chairman for two (2) years and as Chairman for (4) years. In it all, we jointly fought many battles and you have all been there for us. I specially thank my Executive Committee for their loyalty. I thank congressmen and women. You have all been wonderful and I am very grateful. For all that I might have offended, I beg for forgiveness while I pardon those who might have equally offended me too.” Speaking further, he thanked the Provost, Dr. Rasak Adefabi for his understanding and a high display of maturity on the recent issue of extension. “Honestly, you are indeed a Comrade with difference. On behalf of all of us, I sincerely appreciate you sir”, the Agriculturist-turned-unionist submitted.

In his acceptance speech, the new Chairman, Comrade Michael Bamidele Ojo (MOB) thanked the Almighty God, the out-gone leadership of the union, College Management under the leadership of Dr. Rasak Adefabi and particularly, members of his union for entrusting him with the huge assignment. According to him, “the core of Unionism is to protect the interest and improve the welfare of members. This shall be the major cardinal pursuit and objective of the executive under my leadership as we shall fight for what is always right and stand up for our members’ right and privileges. Unionism is a call to service, I hereby present myself as your servant to begin the process of constructive engagement in relation to members welfare, right and privileges. The tasks ahead are not unsummountable and therefore, I dedicate myself to the course of peace, development and good governance”.

While thanking his predecessor, Comrade Olusegun Oyewumi for his good leadership, he appreciated his fellow contestants, Comrades Oriyomi Rabiu and Ademola Ayankoso for their spirits of sportsmanship and promised that his administration will operate on Accountability, Transparency, Objective Equity , Synergy, Open-mindedness and Empathy. He further assured that his administration will operate an open-door policy and maintain good working relationship with the College Management. We shall never close our eyes nor treat with kid gloves any situation of impunity against our members or the Union.

The swearing-in ceremony was performed by the National Vice Chairman (South West), Comrade Segun Lana after the dissolution of the former exco and the electoral Committee. In his speech, he lauded the College Provost, Dr. Rasak Adefabi for doing the Union proud with his sterling performances in Office. He commended the Olusegun Oyewumi-led- executive for leading the branch Union well despite the challenges here and there and finally charged the new Executive to adopt mature ways in pressing home its demands with the College Management and the Oyo State Government. Executive Committee members who were sworn-in along with the Chairman, Comrade Michael Bamidele Ojo are Olaniyi Oladiran Paul- Vice Chairman, Raheem Saidu Olaniran- Secretary, Temitope Oluwatofunmi Idowu-Davies- Assistant General Secretary, Dr. Oluwafemi Peter Adekunle- Treasurer, Adebiyi Lawrence A.- Internal Auditor, Alade Ayodele Olasoji- Investment Officer and Dr. Ganiyu Rasidat Sade as Organizing Officer.

The new Branch Chairman, M. O. B. Ojo whose election coincides with his birthday (May 15) attended L. A. Primary School, Oke Esa-Iseyin after which he proceeded to Aseyin High School and St. John’s Catholic Grammar School Isalu, Iseyin where he obtained his West African School Certificate in 1987. He attended St. Andrew’s College of Education in 1989 and was awarded Nigeria Certificate in Education in Economics/Social Studies in 1992. In his quest for knowledge, he proceeded to study Economics Education at Obafemi Awolowo University Ile- Ife. (Great Ife) and graduated in 1996 with Second Class Upper Division. He did his compulsory National Youth Service programme between 1997-1998. He obtained a Masters of Personnel Psychology in 2001 and Masters of Education in Educational Evaluation both from the premier University, University of Ibadan. He is currently a Ph.D.candidate in the same department at University of Ibadan. MOB joined the service of the College in 2010 and he is happily married and blessed with children.