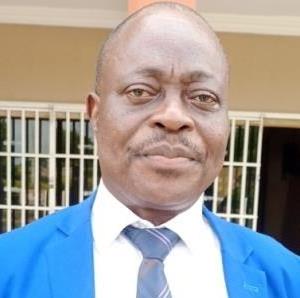 On behalf of the Emmanuel Alayande College of Education, Oyo, Nigeria; I welcome you to our Official Website.

Dr. Nelson Aderemi Oyewo, an Ogbomoso-born seasoned guidance counselor, administrator and technocrat is the College Acting Provost. He started his primary education at Baptist Day School, Osupa, Ogbomoso between January, 1968 and June, 1973. He proceeded to Baptist High School, Ogbomoso between September, 1973- June, 1978 before moving to the Advanced Teacher’s College, Zaria for his Nigeria Certificate in Education between 1980-1983. In his quest for knowledge, Aderemi Oyewo got admitted to the Ahmadu Bello University, Zaria where he bagged a B.Ed Degree (Second Class Upper Division) in Social Studies in August, 1986. He, thereafter, proceeded to the University of Ilorin for a Masters Degree in Guidance and Counselling in 1987 and graduated in January, 1989. A teacher par excellence, Nelson Oyewo took out time to pursue a Diploma in Computer Studies at the Oyo State College of Education, Oyo in 2004 before he finally added another epaulette to his shoulder with a Ph.D in Guidance and Counselling from the University of Ilorin in 2007. Dr. Aderemi Oyewo belongs to many professional bodies which include Counseling Association of Nigeria (CASSON); University of Ilorin Alumni Association; Nigerian Society for Educational Psychologist (NISEP); Teacher’s Registration Council of Nigeria (TRCN); American Psychological Association and Fellow, Chartered Administration Institute (FCAI).